Turn on suggestions
Auto-suggest helps you quickly narrow down your search results by suggesting possible matches as you type.
Showing results for
Show  only  | Search instead for
Did you mean:
Reply
Topic Options

I am seeing some very odd behaviour from Audience Stream which is causing a lot of problems due to API limits being hit by Connectors.

We have two Data Sources blob imports set up that load a file every Wednesday with customer ID and a flag.  This is a value between 0 and 5.

The import set  event attribute with the number from the flag.

Visitor attributes “vr_af_model_flag” and "vr_rg_model_flag" are then set from the event attributes, with a rule checking the tealium_datasource is the blob import

We then have a number of audiences to which the customer is assigned, depending on the value of this variable.

We have connectors attached to this audience to push the data to Adobe Campaign and Salesforce.

The audiences for values 1 to 5 are all working fine.  However the audience for value 0 is not working, and appears to be trying to fire the connectors almost constantly.  The Campaign connector is failing because the customer id attribute is not set:

If you look up the customers in these error messages using first party cookie ID then it looks like they are web customers (and not always registered customers) and not people who have been imported via the file (also a file has not been imported today). 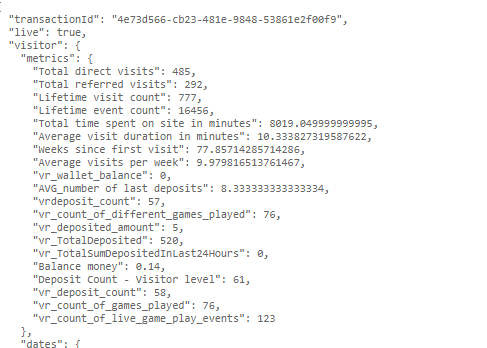 Example audiences (in both AF=0 and RG=0 audiences): 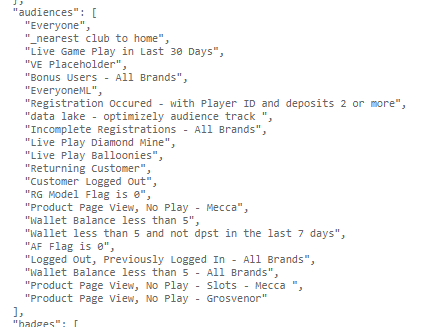 The vr attributes have not been set, but the audiences have been joined.

Is this likely to be something to do with the 0, as the 1-5 audiences all work fine.  Could the code in the backend be treating 0 as the same as undefined, and so assigning the audience? Anyone else seen anything similar?

Re: All profiles getting added to audience

I'll raise this as a bug and have this looked in to / resolved.

In the meantime, it looks like the "is assigned" condition should resolve the issue,

In my testing I created two audiences with "is 0" and "is assigned && is 0", and undefined users were not entered in to the second audience.

I know you have other conditions set up for now, but the . "is assigned" check may be more suitable as it relies less on other attributes.